Handsigned & numbered edition at 45 exemplars only.

According to the lithograph "CAPTIVE PEGASUS" by Odilon Redon of 1889
(Drawing made for the achievement of one of his most famous lithograph).
This lithograph is up to now one of the most expensive in the world.
We are proud to present it for the first time in the world for republishing.

From the drawing to its printing, this lithograph has been entirely realized by hand.
With the same technical and artistic constraints, the same moves are made on the very same period machines.
Drawing on stone, printing colour by colour on lithographic hand-press of 19th century. 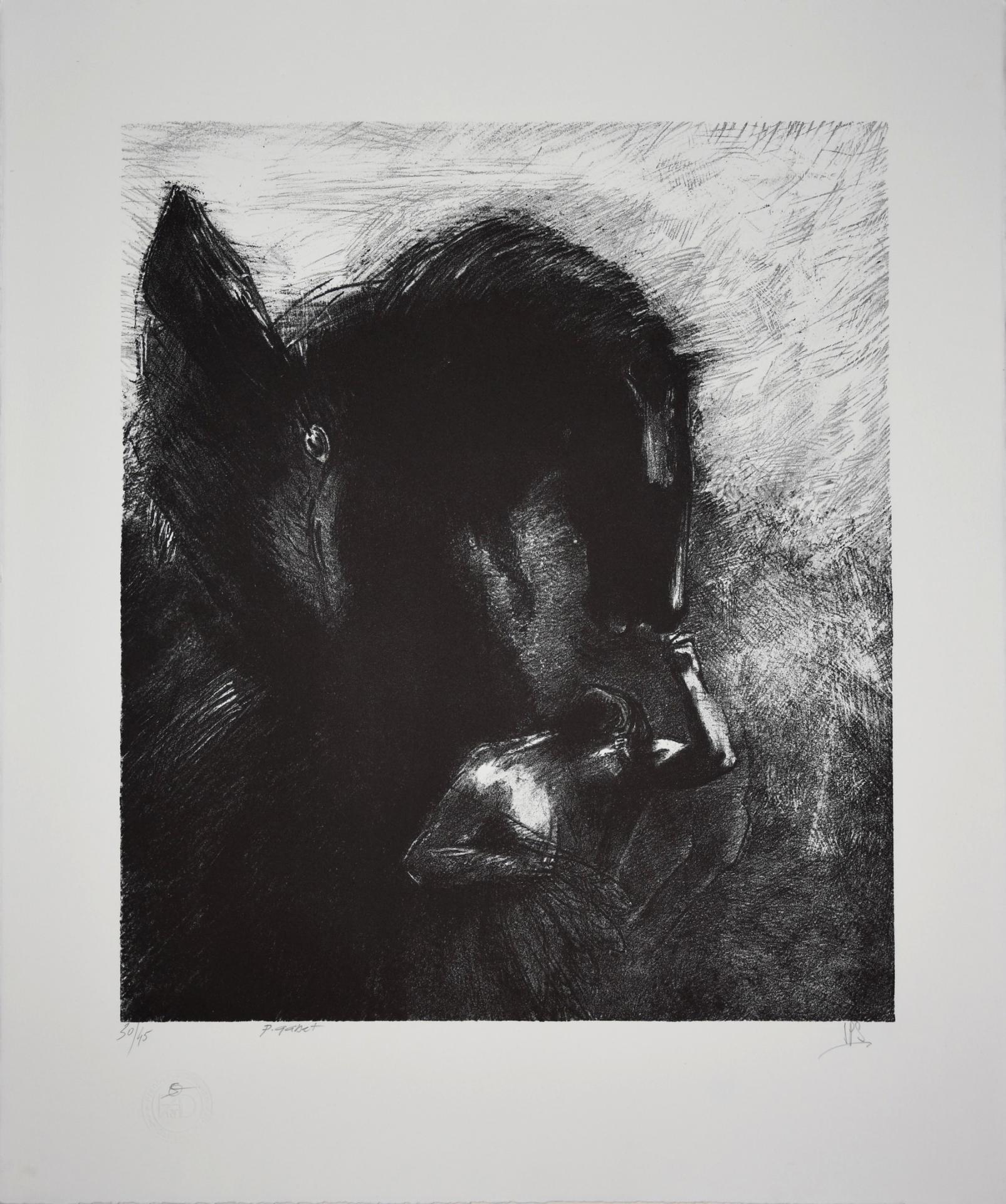 Signature : Handsigned & numbered in pencil by the lithographers
& the Publisher / Dry stamp of the publisher

REMOVAL OF THE DRAWING ON THE STONE AFTER PRINTING

Once the printing of the lithograph is finished, each drawing is systematically destroyed after use.
The lithographer puts down some  hydrochloric acid directly on the stone.
Then this stone is grained in order to erase totally the drawing.

Its printing is only issued once and in compliance with the number of expected editions. 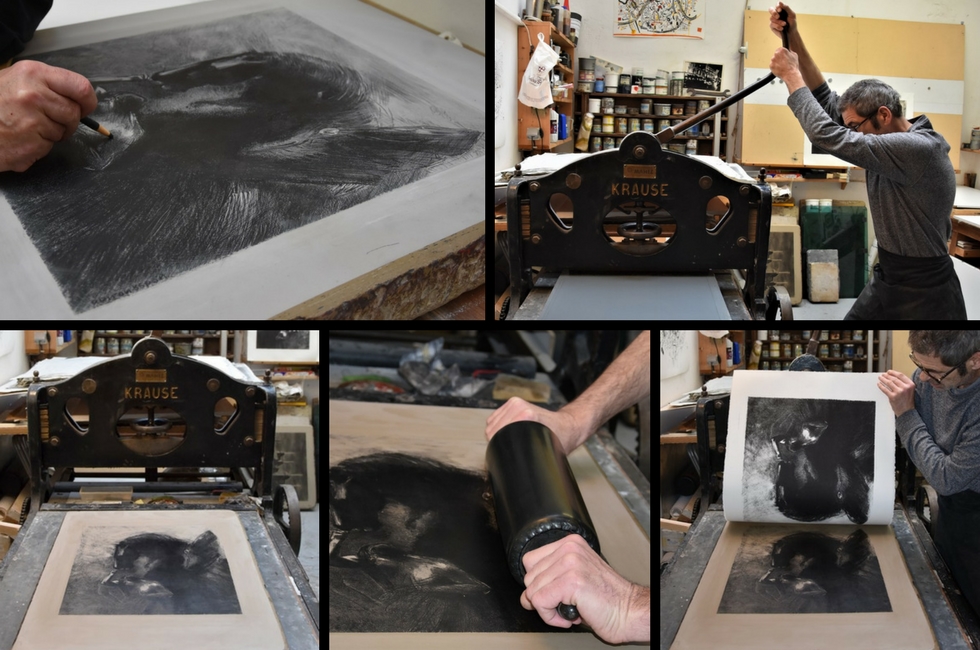