HAND-COLORED LITHOGRAPH
The Moulin Rouge : The Goulue & Valentin, the Boneless One, 1891

NUMBERED & HANDSIGNED EDITION AT 60 EXEMPLARS ONLY.
From a study of The Toulouse-Lautrec museum in Albi (France), realized in 1891 for his greatest poster : “The Moulin Rouge" (1891).
& for the first time in the world in LITHOGRAPH *

* One of the very rare drawings of Lautrec ever made in lithography. Neither during the artist's lifetime nor after his death.

Lithograph realized in the Clot Workshop in Paris.
The Clot Workshop is one of the most ancient and famous lithography workshop in the world.
Since 1896, its name is associated with those of the greatest painters of the end of the 19th century to now.
Lautrec, Degas, Renoir, Rodin, Monet, Munch....  or more recently Foujita, Matisse, Calder, Soulages printed their artworks here . 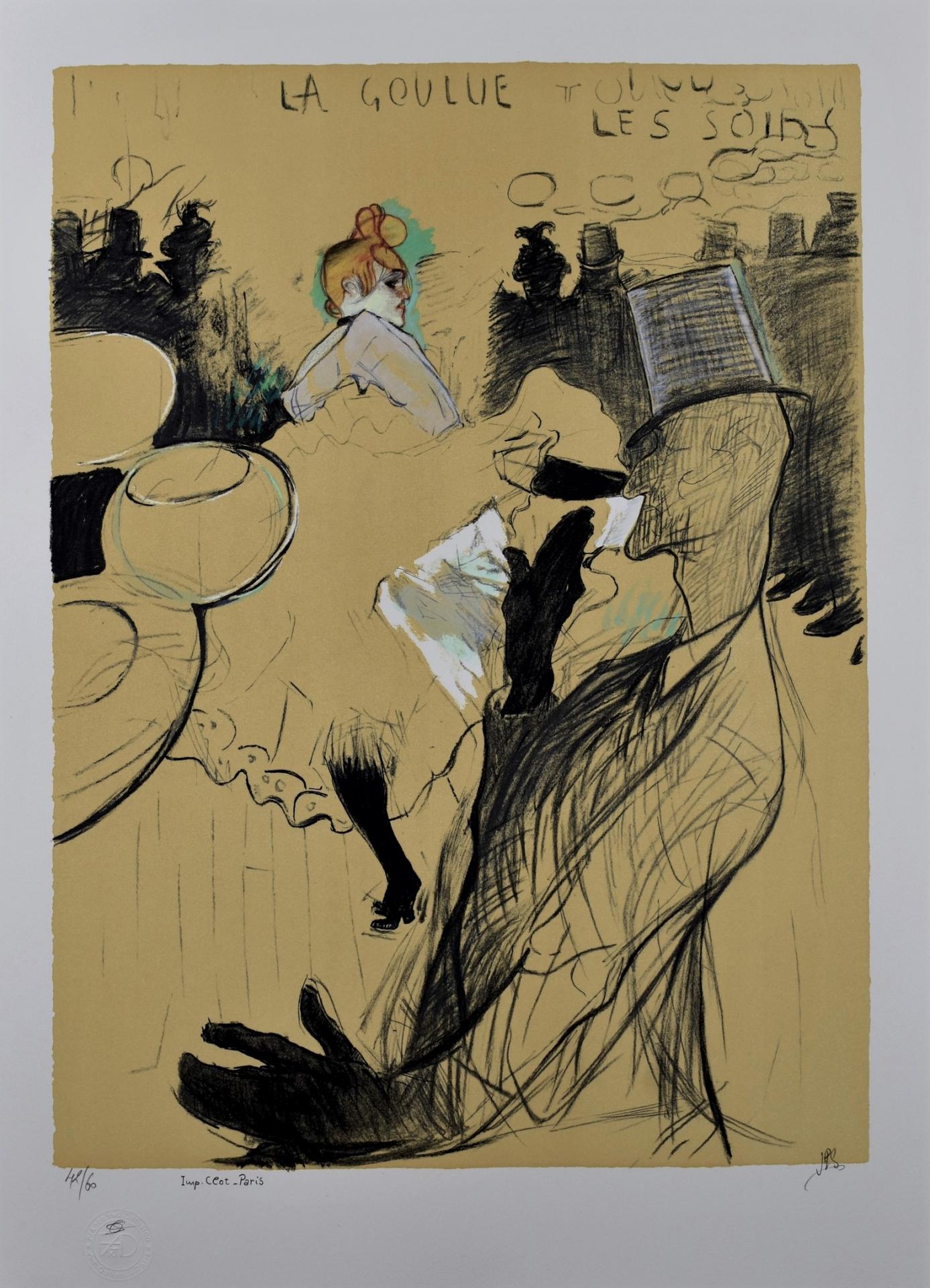 Having a litograh printed at the Atelier Clot is in many ways a unique experience.
This atypical place is more than a workshop ; it is where history and know-how are merging.
Every single corner is highlighted with the past ; not one stone, not one roller or one printing press that does not echo back to it.
For more than 120 years, the Atelier Clot has been linked with the greatest names in Painting.
Lautrec, Degas, Renoir, Rodin, Monet, Munch....  or more recently Foujita, Matisse, Calder, Soulages...
This list is so prestigious that we do not get tired of declaiming it.
Printing a litograph at the Atelier Clot is expecting more than just the successful achievement of a project.
It is wondering if places and machines may have a memory.
It is spreading History on paper. 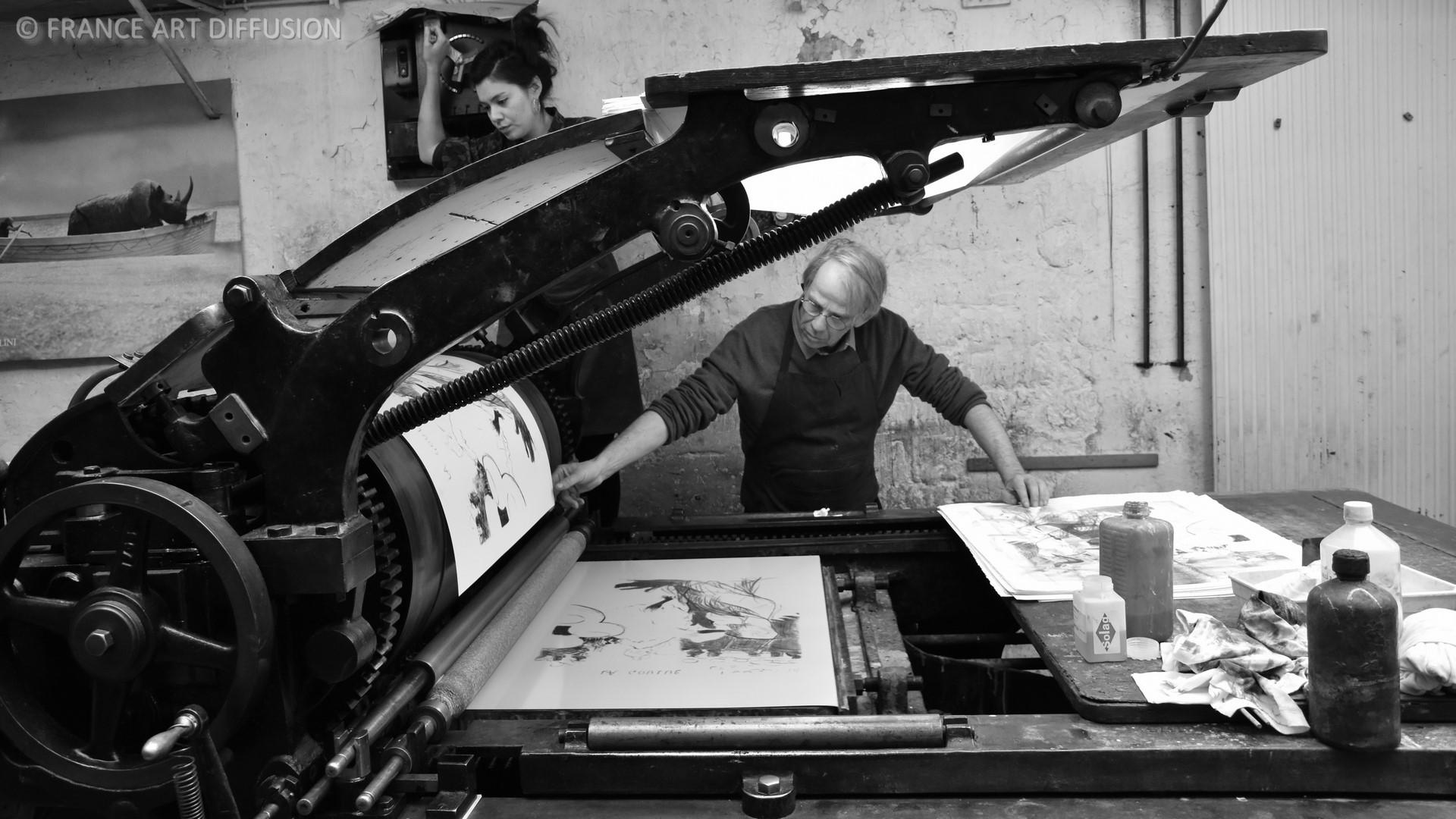