In Partnership with the Leopold Museum (Vienna)

HANDSIGNED & NUMBERED EDITION AT ONLY 40 EXEMPLARS.
From Original Drawings of Gustav Klimt & for the first time in the world in Lithographs

From the drawing to its printing, these lithographs have been entirely realized by hand.
With the same technical and artistic constraints, the same moves are made on the very same period machines.
Drawn and printing colour by colour on "Marinoni Voirin" lithographic flat press of 1920. 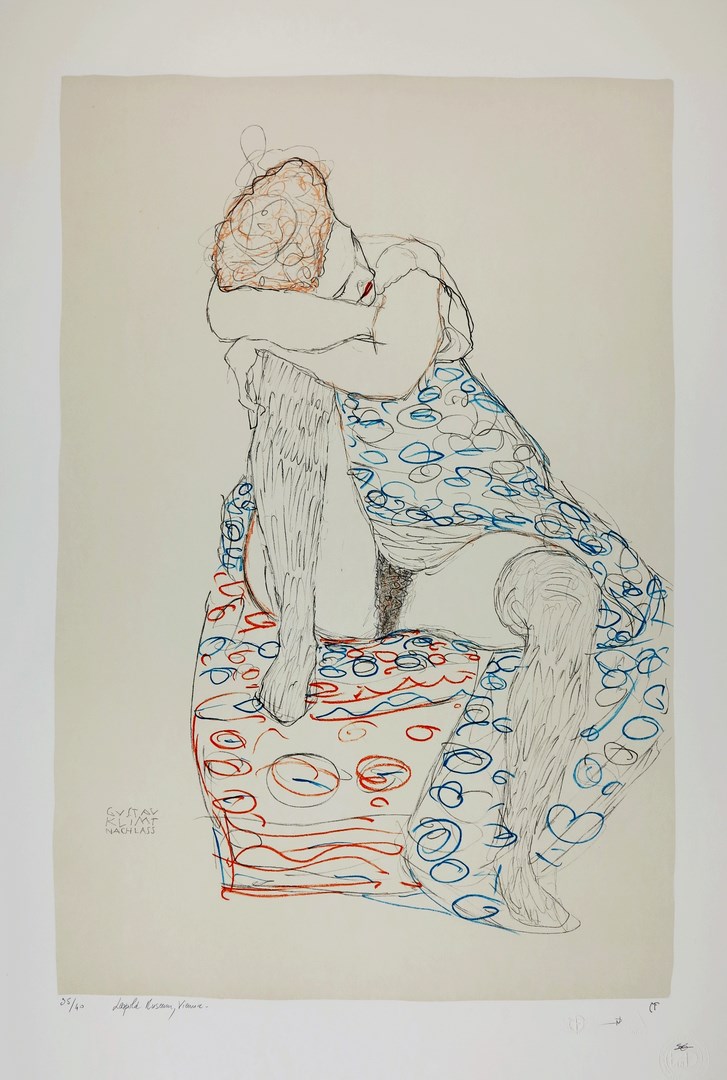 THE GIRL WITH SILK STOCKINGS SITTING ON THE STOOL - 1910
(Sitzende mit gerafftem Rock /
Seated Female Semi-Nude in Patterned Dress, Her Head Resting on Her Right Knee)

Technique : Lithograph from an original drawing in Pencil, red & blue pencil on paper. 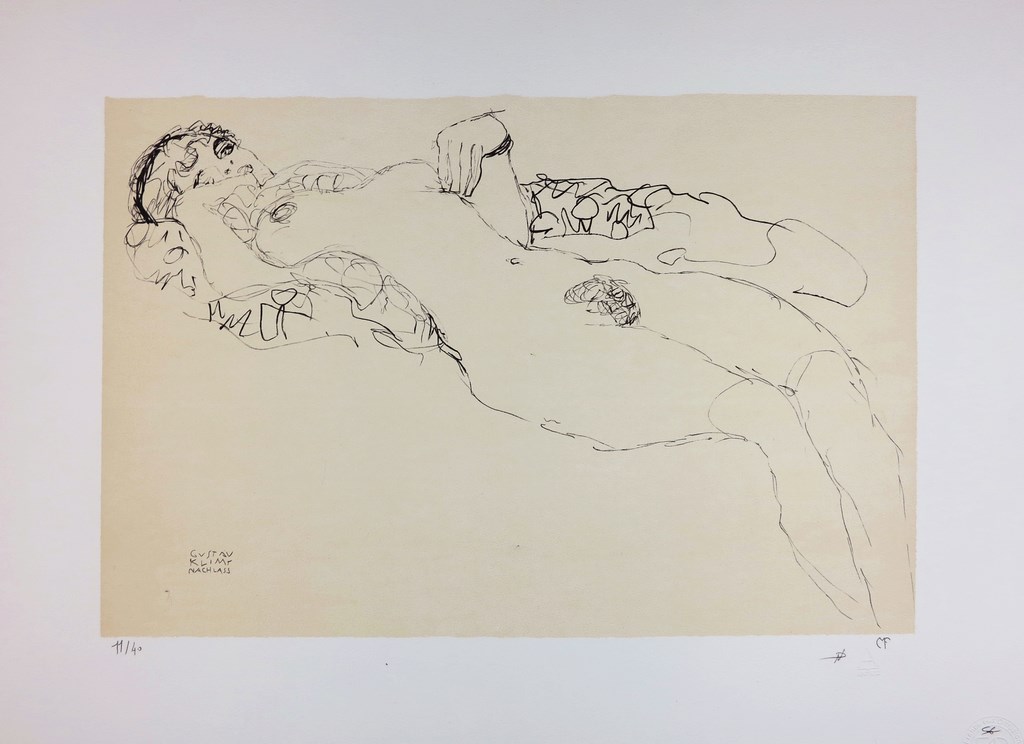 Technique : Lithograph from an original drawing in pencil & ink on paper. 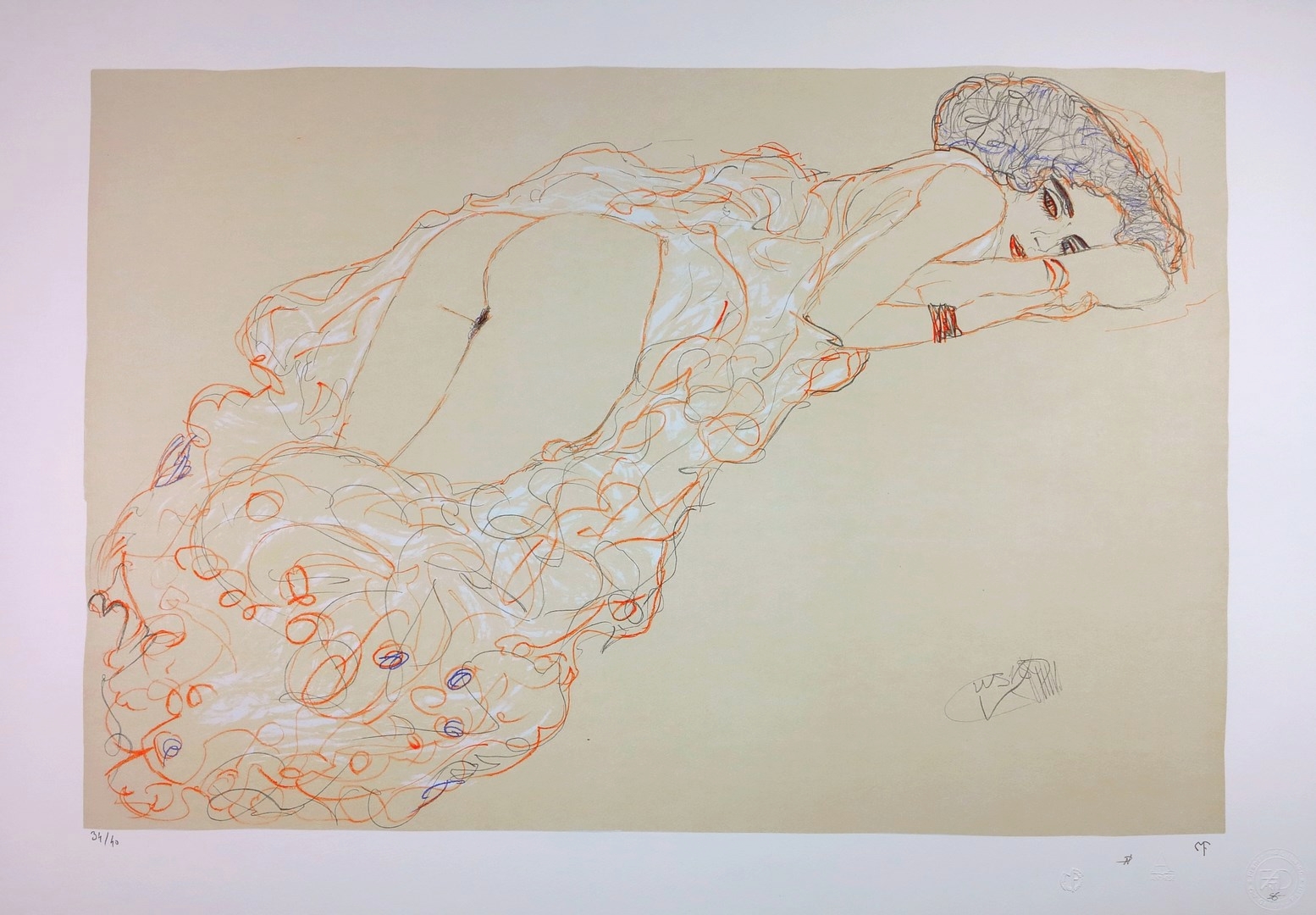 REMOVALE OF THE DRAWING AFTER PRINTING

Steps in the making of Gustav Klimt’s Lithos 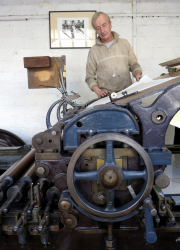 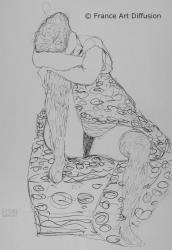 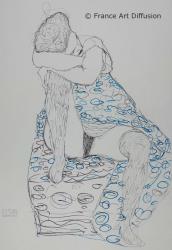 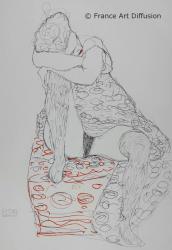 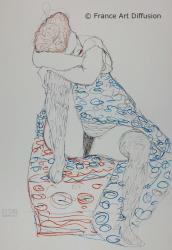 When the Present revives with the Past

The work from Gustav Klimt has been reproduced to excess : in all the shapes, all the colours, and by using all the modern printing processes.
Except for some very few and very rare prints, admittedly most of these copies are of poor quality.

For the 150th Anniversary of Klimt’s birth, Stephane Guillosson from France Art Diffusion Gallery decided at the beginning of 2012 on the editing of 3 lithographs from original drawings. The Leopold Museum in Vienna and two art collectors have agreed on the project provided that it should be achieved in the respect of the Rules of the Art : with the requirements and under the very same conditions used at the time of the painter.

No more serigraphy, no more offset or digital printing, no more copy-paste. The only way to such an approach was indeed the process of Lithography.

Invented at the end of the 18th century, and used by all the world’s great painters, this process is now dying. Thus, France Art Diffusion has called on the “Survivors”, namely on the great names of the French Lithography.

Shown for the first time IN THE WORLD with a Lithography process, each drawing is stone-drawn again by Mario Ferreri and hand-printed, adding one colour after the other on a flat printing machine (a 1910 Marioni Voirin machine). With 40 copies being printed on special paper, numbered and signed by the Lithographer, this outstanding achievement is a masterpiece in its own right.