Visions from the inside

François Cheng of the Academie Française talking about Marcel Dumont
"He traced the hidden nature of elements, stones and trees, veines and foliage or patiently interiorized landscapes...
He did not stop at the external aspect of things. Above all, he sought out the vital inspirations that give them life, the inner thoughts that inhabit them.
In this, he was close to the great chinese painters."
One of the master of the french abstract movement
His friend, the grat painter Jean Bazaine and Jean Cocteau understood very well that Marcel Dumont was a magician.
It is simplistic to define his work as abstract. His painting is more subtle. Il is like a photograph that has been sent to the developer.
Marcel Dumont's visions appear gradually. Alpilles (Provence, France) and Vercors (the region in France) mountains , Olive trees, Apricot-trees....
Little by little, he gives away his secrets and leads us to an almost figurative painting.
Shadows and light are revealed, landscapes take shape, the lines become sharper, there is magic at work.
Visions from the inside

Marcel Dumont and the highlights & pictures. 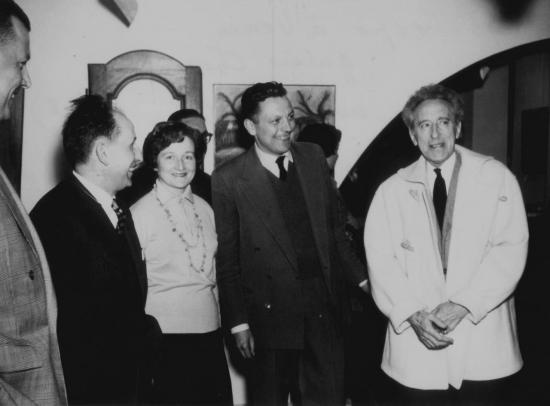 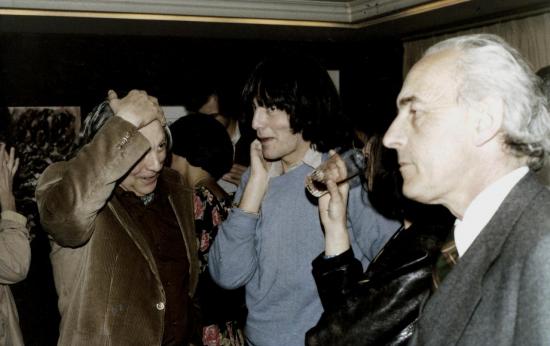 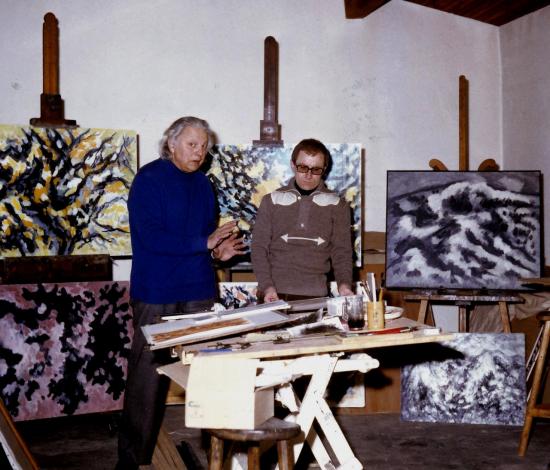 In his workshop
With the french poet Jean-Pierre Geay (left) 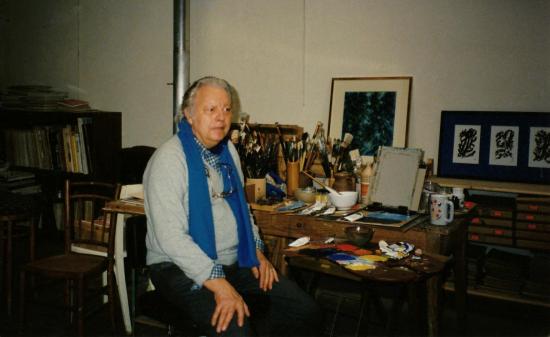